Well, dear readers, since I’ve now reached page eleven of my paper on Renaissance child portraiture, I’ve decided to break from the 16th century for (imagine a drum roll here) — Monday Miscellany!  This week’s miscellany will be more of a miscellaneous mess than it usually is, as the unofficial deadline for my paper is next Friday (that scream you just heard, dear readers, is Janakay having a weensy little panic attack.  Not to worry! I’m doing some deep breathing, so I’m much better now).  Because this post is largely a quick stream of consciousness, with its various parts having absolutely nothing in common with each other, feel even freer than usual to click hither and yon.  To suit my current mood, which is a visual mood, I’ll begin with photos and a quick trip down memory lane:

Back when Janakay and Mr. Janakay were busily, if not happily, employed turning out thousands (well, maybe hundreds) of pages of legal tootle, those breaks away from the law books and the bustle were made as frequently and exotically as possible.  If you want remote, exotic and sometimes (very) uncomfortable travel, then you were born to go on a professional bird tour (don’t dare ask Janakay about her camping experience on that mountainside in central Peru.  She might tell you, complete with scatological details!)  Here are a few colorful little mementos of trips past, thanks to Mr. Janakay’s awesome photographic skills (Janakay herself is far too lazy to carry that big old camera lens):

And, the rarest of them all — the Kagu!  One of the most endangered birds on the planet, the Kagu lives in a small patch of preserved habitat on New Caledonia, a Pacific island (located about 750 miles or 1,210 km east of Australia) that is still affiliated with France (New Caledonia was a French territory that, I believe, rejected independence in a fairly recent vote). 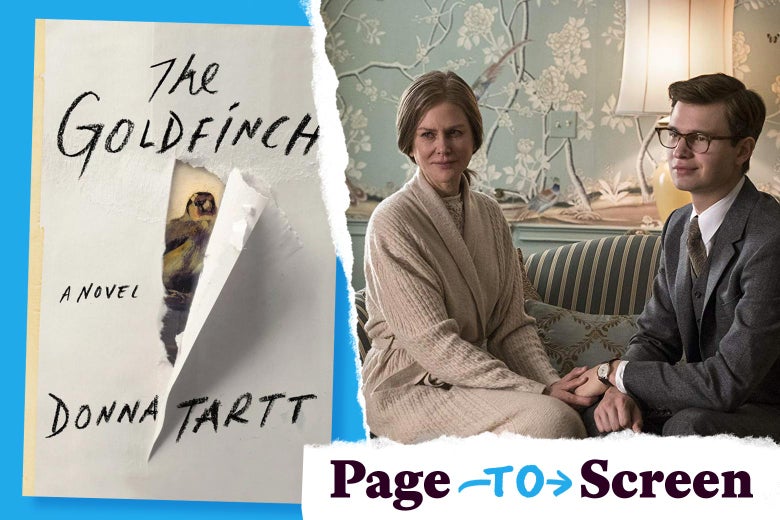 Does anyone out there besides myself adore Donna Tartt’s novels?  I came late to the DT bandwagon and probably would never have read The Secret History, her first novel, had I been left to my own devices, as I had somehow gotten the impression that it was one of those sensationalist, potboiler, best-seller things.  Well, fortunately, I wasn’t — left to my own devices, that is — I had an incredibly persistent literary-minded friend who talked me into trying it.  Ten pages in and I’m a fan of Tartt and all her works!  For life!  I have totally drunk the Kool Aid (if you don’t understand this metaphor, it’s just as well).  Where has this woman been my entire reading life?  When is her next book coming out and how do I survive until it does?  Can I join her fan club?  I’m exaggerating, but not by much!

To be fair, Secret History is a bit of a sensationalist potboiler (and it did sell off the charts) but oh, my stars and whiskers, good gracious me — can that woman write!  Throw in the fact that the plot concerns a group of oddball misfits who are studying classics at an elite New England school (I studied Latin and classics, among other things, at a much more plebian state university in the New England area, so I could identify.  I and my fellow Latin students were weird!  But harmless!) and I don’t mind admitting that I was not only hooked but mainlining!  Unfortunately for those (like myself) who have addictive personalities, Tartt is not a prolific novelist.  I had to wait over a decade for her second novel, The Little Friend.  Was the wait worth it?  Weeeeell …….. sort of; not really; maybe. The incredible way with words and literary skill were as great as ever but the narrative, for me at least, was a flop.  Still — that brilliant writing, the creepy sense of atmosphere, the characters  . . . .

Another long (very long) wait and then comes — The Goldfinch!  The New York Times’ assessment (a “smartly written literary novel that connects with the heart as well as the mind”) was an vast understatement, in my opinion.  I was powerless before a novel named for one of my favorite paintings, particularly one with the message that “art may addict, but art also saves us from ‘the ungainly sadness of creatures pushing and struggling to live.'”  This is one long book — almost 800 pages  — and while I read it I lived in Tartt’s world and not my own.  I only wish I could read it again, for the first time, but we don’t get the same gift twice, do we?  Given my reaction to the book, you can imagine my excitement when I learned last winter that a movie was coming out in September!  Dread (“this book can’t be filmed”) warred with excitement (“I don’t care — I have to see what they do with Boris!”) and neither won.  With trepidation mixed with longing and seasoned with hope (forgive my purplish prose, dear reader, but I was très excited) I marked the opening day on my calendar with a very large red “X” and started counting down the days until the movie came to a theater near me.

You can imagine my dismay when, a week or so before the opening day, the very negative reviews started rolling in.  Strictly for the birds (so clever, the New York Times).  A movie that “lies as flat as a painting.”  (Oh, those critics! so entertaining!)  The Washington Post critic, not to be outdone by her colleagues, didn’t like the movie either but couldn’t come up with anything clever to say; she had to settle on being offended by its “unmistakable air of unexamined privilege” and the WASPY sounding names of several of the characters (the novel is partly set in New York City’s Upper East Side, for gosh sakes!  Of course the characters are privileged! Do we need to examine the socio-politico basis for it?)  Oh, and she couldn’t sympathize with the main character, whom she found to be self-pitying (in case you can’t tell, I have severe reservations about WaPo’s movie critic, whom I’ve been stuck with reading for years).   Perhaps I am being just a little unfair; no one, but no one, had a kind word to say about Goldfinch: the Movie.  Critical opinion was so unanimous that the movie was an awful waste of time that even I, much as I loved the story, almost decided to skip the movie.

Last Friday, however, flush with the triumph of finishing page eight of my draft (did I mention I have a paper due this week? Oh, I did!) I made my way to the nearest art house theater that served alcohol and settled in for two hours and thirty minutes of “fabulous book into lousy movie” disappointment.  And — I wasn’t disappointed!  Was the movie as good as the novel?  Of course not; it never is!  Did it have faults?  Oh yes — it was definitely a bit slow at times, and there were certainly things I didn’t like (some of the casting; the fragmented narrative) but on the whole I thought it was, actually, pretty good.  And definitely worth seeing despite the flaws.  But then, what do I know, compared to all the professional critics who panned it?  My reaction was possibly due to a case of reverse expectations, i.e., the reviews were so very bad, my expectations were so very low, that anything short of a disaster would have made me happy.  Perhaps I simply liked the novel so much that I’d put up with anything, just to see the characters on a screen in front of me.  A mystery inside an enigma, to misquote a great man.

Have any of you, dear readers, seen the movie? If so, I’d really like to hear your reaction.  Has anyone read The Goldfinch, or either of Tartt’s other two novels?  Ditto! (and it’s o.k. if you’re not a fan!  Despite my DT worship I can understand how others might be less smitten by her art.  How very boring it would be, if we all liked the same things, wouldn’t it?)  It’s almost a truism to say we’re always disappointed when a favorite book is made into a movie — what’s been your experience?  Mine is usually “I hate, hate, hate the movie,” which is why I’m so interested in the fact that this time my reaction was actually quite different.  The only comparable situation I can think of personally was David Mitchell’s Cloud Atlas; a complex and wonderful novel made into a sort of C+ movie that I sort of C+ liked!  Any thoughts?

Any René Magritte fans out there? (as I recall, Silvia likes his work!).  I don’t know much about 20th century art but it’s hard to resist Magritte.  Don’t we all need to have our world view shifted just a little at times?  Magritte is very, very good at that!  This painting is titled, for no particular reason that I know of, Sixteenth of September, which just happens to be today’s date (from where I’m typing at least).  I’d like to say I thought of the painting myself, but truth compels me to give credit where it’s due — the New York Times’ daily cooking newsletter!  Thrown in gratis, along with a recipe for meatloaf with carmelized cabbage!  (If you’re interested, the newsletter also recommended Lara Prescott’s debut thriller, The Secrets We Keep.  Has anyone read it yet?)