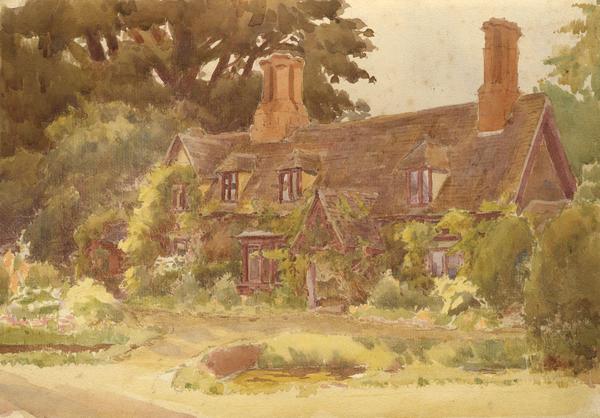 Is anyone out there in the mood for a period piece?  Want some star-crossed romance and 1930s Irish country life, combined with a frisson of menace from the imminent outbreak of war?  If so, head straight for Kate O’Brien’s The Last of Summer.  If this novel ultimately left me a little unsatisfied, I can honestly recommend it as a good read; it also contained sections that offered a bit more than a merely pleasant way to pass an afternoon.

The novel opens in the summer of 1939, literally days before Germany’s invasion of Poland and declarations of war by Britain and France.  Angèle Maury, a young French actress touring Ireland with some theater friends, impulsively decides to ditch the tour in order to pay an unannounced visit to her father’s family.  Angéle, you see, despite her Parisian upbringing and French mother, is also the daughter of Tom Kernahan, the black sheep son of a family of Irish Catholic landowners (slightly more on this below).  As we come to learn in bits and pieces, Tom was the middle of three Kernahan brothers, all of whom in their youth simultaneously fell in love with the beautiful Hannah O’Reilly, “a draper’s daughter from over her father’s bit of a shop.”  Tom initially won the romantic prize, to the chagrin of his older sibling.  The marriage didn’t come off,  however, and Tom permanently decamped to France, where he met and married Angéle’s actress mother.  According to a legend carefully cultivated by Hannah in subsequent years, it was she who broke the engagement, along with Tom’s heart; a few village residents, however, remember that it was Tom who did the jilting and left Hannah to his older brother with the words to walk away himself from a woman as lovely and as cold as “hollow ground steel.”  Needless to say, older brother ignored this very good advice and, when the story begins many years later with Angéle’s impulsive visit, the now-widowed Hannah is the mistress of Waterpark House, the Kernahan family home.  There she reigns absolutely over her small kingdom, fawned over by the local clergy, adored to the point of idolatry by her elder and favorite son Tom (named for his uncle), loved a bit more skeptically by daughter Jo and younger son Martin, and obeyed and feared by a small miscellany of poor relations and servants.  Hannah is not pleased to see Angéle, whose existence she has concealed from the rest of the family.  Her two sons do not share her opinion and the old love triangle repeats itself with minor variations.  Over the course of the next week (!!!) both Tom and Martin fall madly in love with Angéle (variously described as a “water nymph” or Gothic angel); Tom proposes marriage; Angéle accepts; Hannah moves to break up the love affair and protect her reign over Waterpark; and WWII begins.

My honest reaction to the first half of the novel was a big yawn, combined with the thought that this might be the wrong book for me at this particular time.  Keep in mind, however, that I’m not receptive to 1930s nostalgia and I have the kind of professional training that makes me ask uncomfortable questions, such as “would you really propose marriage to someone you met the day before yesterday?” and “why wouldn’t you run, absolutely just sprint, for the nearest train when you heard that proposal, instead of leaving your native country, renouncing your theatrical career and embracing a lifetime of Hannah as a mother-in-law?”  But then, as I said at the beginning of this post, The Last of Summer is a period piece, written in the early 1940s, and I am somewhat unfairly subjecting it to a viewpoint formed by a far different time and place.  Still, despite O’Brien’s considerable skill as a writer and her ability to create a convincing sense of atmosphere, I was seriously considering abandoning the novel for something just a bit more — cynical (Ivy Compton-Burnett, anyone?).

So what changed my opinion, after that big yawn around page 107?  What countered my inability to suspend belief and go with the narrative flow of eternal love at a moment’s notice?  Quite simply, O’Brien gave an absolutely penetrating psychological profile of a minor character that riveted my attention, followed by an equally acute and insightful analysis of Hannah.  It was also around the halfway point, after Tom announces his engagement, that O’Brien ratcheted up the conflict between Hannah and Angéle, which provides the dramatic focus of the novel.  The novel’s introduction, written by Eavan Boland, points out that Hannah provides the “glint of the scalpel” in this otherwise lush, romantic story (remember her lover’s description of Hannah as “hollow ground steel?); unlike Boland, I don’t ascribe any great symbolism to Hannah’s role in the story, but she does give it tension and strength.  In addition to her psychological insight, O’Brien provides an unsentimental view of  puritanical, small town Ireland, where a child derides Angéle for wearing lipstick and the powers of the small community silently unite to impede what they regard as an unsuitable match.  Many of the minor characters were quite skillfully drawn and in Jo, the Kernahan daughter, O’Brien gives an unusually positive view of a highly intelligent woman with a strong and unsentimental religious vocation.  Lastly, I was attracted by the fact that O’Brien’s characters are from a reasonably  affluent, Irish Catholic landowning class rather than the Anglo-Irish Protestant gentry who are the subjects of other novels I have read from this period, such as those by Molly Keane.

I’ve had this novel for years and, finally, read it as part of my 2019 TBR Pile Challenge.  In her introduction to the novel (which was published as a Virago Modern Classic), Boland delicately intimates that, while The Last of Summer is not among O’Brien’s best work (that honor belongs, apparently, to Mary Lavalle and The Land of Spices), it was written in the “best phase of her work.”  For a very good review of the novel, I’d recommend you click over to Danielle’s more positive assessment at A Work in Progress.  While I obviously had some reservations about the novel, for the right reader in the right mood it could be a wonderful treat; even for grouchy old me in a bad mood it was a pleasant diversion.  And to that key question, “would you read another book by Kate O’Brien?” I’d answer “yes.”  Just not any time soon.

In the brief life of my blog I’ve had a lot of fun selecting the visuals to accompany my postings.  This one, however, was problematical — nothing quite popped into my mind with respect to this novel, until I thought “Irish country house.”  How do you like what I came up with?  But — I cheated!  While I love the image, which I think embodies the mood of the novel, it bears no relationship whatsoever to the Waterpark described by O’Brien:

It was a plain, large house, washed with cream paint that was dilapidated.  Its face was late Georgian “squireen,” smooth and blank.  Five big windows across the first floor; four similar windows and a wide doorway below ….

In other words, the Kernahan family manse looked more like this:

So, what do you say?  Do you prefer the accuracy of the “late Georgian squireen” or the poetic license of my ivy covered manor house?