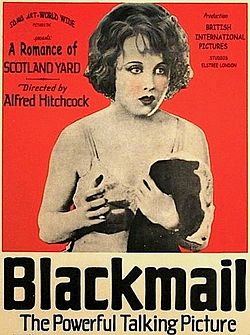 Has anyone out there read Isabel Colegate?  I don’t intend my question to be either cruel or facetious — I adore Isobel Colgate and think (I hope incorrectly — after all, I’m not a professional literary type and I base my opinion on absolutely nothing objective) that her work deserves more readers than it gets.  I’ve been a big Colegate fan since I first read her novel Winter’s Journey a number of years ago; I liked it so much I immediately bought copies of several of her other books with the idea that I’d work my way through the eight remaining novels that I hadn’t yet read.  These books have rested, peacefully, undisturbed and unread, on my shelves for quite some time now!  What can I say, except that life and more current writers intervened?

The 2019 Back To The Classics Challenge hosted by Books and Chocolate provided me with a dual incentive — I could not only discover whether I continued to regard Colegate’s writing so highly but I’d also dust off at least one pretty grungy bookshelf and the novels it contained.  After a great deal of thought (I love going through all my unread books) I decided to read Colegate’s debut nove, The Blackmailer (published in 1958), as my selection for the “Classics by a Woman Author” category.  I think I chose it over Colegate’s far better known novel, The Shooting Party, because I was intrigued by its title (I confess that I’ve also purchased books on the basis of their cover art!  I love book covers and have been known to purchase a second copy of a book simply because I liked the cover of a different edition!).  I also passed over, with some reluctance, Colegate’s A Pelican in the Wilderness, a well regarded non-fiction work in which she examines the value of solitude and the lives of certain individuals, ancient and modern, St. Anthony to Howard Hughes, who have chosen to live apart from others.  In other words, I took a gamble on choosing a much less well known and very early work.  You’ll have to read my post to the end (or skip to the last two paragraphs) to see whether I think my gamble paid off!

The Blackmailer is set in 1950s London and revolves around the relationship between Judith, the young widow of Anthony Lane, and Baldwin Reeves, an up-by-his bootstraps barrister who aspires to a political career, financial success and social acceptance by the landed gentry.  Judith’s deceased husband Anthony was not only handsome, intelligent and charming, but also endowed with fortune and birth, being the heir to an large estate and the son of a prominent family.  To top it off, Anthony was a renowned war hero, taken prisoner and executed by the enemy during the Korean War.  Could any mortal man possess more virtues?

Ah, but there’s a secret, you see!  In the parlance of a bygone era, Anthony was actually a bit of a bounder — or is it a rotter or maybe pigeon-hearted?  (It’s so difficult for us Americans to get the slang right; I’d welcome a correction if anyone from the U.K. ventures by!)  It seems that while commanding his company in Korea, Anthony bungled a retreat order; thinking it was a command to advance, which he didn’t want to do because he might get wounded or killed, he kept it to himself.  By the time his mistake was discovered, Anthony and his men were in a hopeless position and were taken prisoner by the North Koreans.  As if that wasn’t enough, in the prisoner of war camp Anthony collaborated to the extent of betraying his men’s escape plan, getting one of them shot.  This being too much for even the famed stoicism of the British soldier, Anthony’s justly exasperated subordinates executed him by hanging after holding an informal trial among themselves (during the Vietnam war, American soldiers used the term “fragging” to describe their own version of this activity vis à vis their officers).  None of this is ever disclosed, however, and after the war Anthony Lane is regarded by the British public as a national hero (one of Colegate’s nice touches is her brief allusion, towards the end of her novel, to an “upcoming film project” about Anthony’s heroic life).  For anyone ready to attack me for spoilers, hold your fire — Colegate tells you all about Anthony and his disreputable military career in the first page or two.  Rather than being about Anthony, Colgate is interested in the effect of his “secret” on his survivors and how they handle the truth.  For Baldwin Reeves, you see, was Anthony’s second in command; and although he has remained silent he knows all about the bungled order, the betrayal and Anthony’s trial and execution by his men.

The novel begins a few years after Anthony’s death, when Judith has established herself as a partner in a (very) small publishing house; she’s successful, maintains close ties with her deceased husband’s mother and grandfather and is reasonably content with her life.  While ignorant of the true facts of Anthony’s death, Judith is an intelligent and pragmatic woman who is well aware that Anthony was not what others perceived him to be; although she loved him, her marriage (unbeknowst to others) was less than happy.  Reeves by contrast is scrambling to make ends meet; although he’s justly confident of his ultimate success, he’s in the early stages of getting there and he needs money.  He also has a lingering resentment of Anthony Lane, war hero and golden boy, who had everything — money, family, social position — that Reeves is struggling so hard to get for himself.  So far, so predictable, right?  Reeves approaches Judith, threatens to tell all and begins extorting money from her.  What isn’t predictable is where Colegate takes the story, setting up an intricate game of cat and mouse, where Judith and Reeves exchange roles as victim and each gets off on the power he or she has over the other.

I’ve made The Blackmailer sound terribly grim and serious but it isn’t at all — the dialogue is crisp and witty, it has some incredibly funny passages and Colegate has a wonderful knack for creating marvelous supporting characters (if you like dogs, the novel’s worth reading just for Bertie, Judith’s pet spaniel, whose personality is depicted as vividly as that of the human actors.  If you don’t, read it to enjoy Anthony’s hilarious old nightmare of a Nanny, or Feliks, Judith’s very funny friend, publishing partner and social climber extraordinaire).  As I hope I’ve made clear, The Blackmailer is primarily a book for those who enjoy dialogue and relationships; readers who demand a lot of action in their novels will most probably find it a bit dull.  Keep in mind, as well, that The Blackmailer is a debut effort and, although I was satisfied with Colegate’s depiction of Reeves and Judith, I did wish she’d given a bit more space to their inner psychology.  I have a few other quibbles not worth mentioning, none of which detracted from my enjoyment of the book.

Because I don’t have a lot of time right now, I’m sticking mostly to Challenge books for my pleasure reading, so I’ve gone through a lot of mid-century British fiction in my recent postings (Maugham’s Cakes and Ale, Bowen’s Friends and Relations and Kate O’Brien’s The Last of Summer; when you add to these my reading for my class in the 19th century English novel I really feel it’s time to return to my native land for a book or two.  Perhaps a gangster novel set in New Jersey?)  Of these, I believe The Blackmailer has aged the best, perhaps because the “secret” that propels the action — the falsity of a “war hero’s” glorious reputation — is one that a person of our own era might still wish to conceal.  There’s also something very modern about the psychological struggle between Reeves and Judith; she, as much as he, is intent on exerting power in their relationship. Add in the fact that the novel is extremely well written and contains a very rare portrayal of an independent woman, in the 1950s, who works at a real job and actually enjoys doing so and, well, I’d say you have a gem.

Several years after it was originally published, Penguin reissued The Blackmailer in an omnibus volume with two other of Colgate’s early novels, A Man of Power and The Great Occasion (you can pick up a used copy on Amazon for $2 or less; although it’s delightful to get such a bargain, it’s sad that work of such quality appears to be so little read or valued).  Although it will have to wait for a month of two, I look forward eagerly to reading them both.  Who knows, maybe I’ll continue to keep the dust off the shelf holding my Colgate novels . . . . . .

4 thoughts on “Isabel Colegate’s “The Blackmailer:” What would YOU pay to have YOUR secrets kept?”