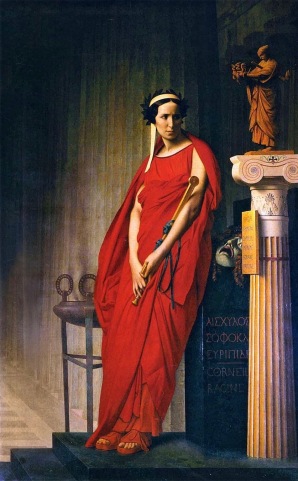 Do you have any superstitions about the first book you begin in the new year?  I freely admit that I do, but then I’ve been known to go around the block to avoid a black cat.  I don’t usually make a big thing about selecting my first January book unless I finish one book on New Year’s Eve and I’m beginning a second book precisely on New Year’s Day.  This is a sort of “when Saturn returns to New York” kind of thing that doesn’t happen very often (every twenty-nine years, to be precise.  Sara Gran’s novel of that name, by the way, is a fun light read that’s perfect for an afternoon’s diversion). When it does I take it seriously!  By this point, I’m sure you can imagine what happened this year — at ten minutes to midnight on New Year’s Eve, I finished my first glass of champagne along with Elizabeth Savage’s Last Night at the Ritz (see my previous post, if you want a little info about the novel).  As a result, my first decision of the new year was “what do I read next?”  Since my choice could affect for good or ill my reading decisions for the next twelve months (I’m only half kidding), I really gave it some thought.

Fortunately, I had the Classics Challenge to help me out.  Realistically, I need to get started early on my challenge books to have any hope of success; once I resume classes near the end of the month (I’m doing a post-baccalaureate degree in art history, known less formally as “an old person’s program”) I’ll have much less time and energy for the more difficult reads on my list.  I’ve been a worshipper at the shrine of Henry James since my early 30s, when an undemanding job and a steady if small income gave me the leisure to explore his work.  Although I skipped all the essays and most of his short stories, I did manage several of the novellas and all of the novels, including this one. Over the many years since then, I’ve believed that period of immersion in James’ work automatically gave me the right to claim devoted fan status.  It was a bit of a shock when compiling my books for the Classics Challenge to realize that it has been a very, very long time since I’ve actually read any of James’ novels, which I have nicely arranged and prominently displayed on several bookshelves (you have to look pretty close to see the dust!)

Although most of my reading at one point was heavily tilted towards the 19th century, for several years now I’ve concentrated mostly on contemporary fiction.  Picking up James and settling in for an extended read has required an adjustment.  Am I the only one who feels a certain dislocation in turning from works of the present to those of the past?  I tend to read quickly and, quite honestly, I skim on a pretty frequent basis (especially if bloodshed is involved).  I wouldn’t dream of doing either, with a novel from James’ late period (say, Wings of the Dove or The Golden Bowl) but I had selected his Tragic Muse because I remembered it as being a fairly straightforward narrative from James’ mid-period, before his style developed into the baroque complexity of compound clause upon compound clause which makes his late novels such a challenge.  Well, my memory was correct but — while this may be relatively unadorned James it is nevertheless a serious 19th century novel, published in serial form over a period of months for an audience that expected to savor every word (and that wasn’t distracted by checking email every thirty seconds and who probably had “staff” to do the grocery shopping and feed the cats).  Several times I almost had to stop, slow down and take a deep breath; I did have to re-read the first few pages before my mind started the process of becoming accustomed to the pace of James’ writing and the ornate vocabulary and expressions he employs.  Although I haven’t seen any discussion of this phenomenon, I find that for me the mental agility required to switch gears, slow down and savor the reading process itself is a very valuable side benefit of reading 19th century works.

Although it’s early days yet, with The Tragic Muse, I’m already in Paris, where I’ve met Nick Dormer and his ambitious and conventional mother.  Nick is there to look at the art, Nick’s mother is there to pressure him into following the paternal footsteps by entering Parliament and forgetting his foolish desire to be a painter.  Julia Dallow, who’s going to immensely complicate Nick’s career choice, will shortly enter the scene and Miriam Rooth, whose aspirations to be a great actress equal Nick’s desire to paint, has just walked on and off the stage, so to speak.  In short, this novel is James’ meditation on the demands of art and how these do, or do not, accommodate themselves to the practicalities of “ordinary” life; Nick and Miriam are his case studies for the effect of family and society on the aspirations and accomplishments of the would-be artist.

In doing a little research for this post, I discovered the painting I inserted at the beginning.  It’s a portrait of the great Rachel, the French actress who was said to be the model for James’ Miriam.  The artist is Jean-Léon Gérôme, who has chosen to depict her as the Muse of Tragedy.  Although Gérôme exemplifies the type of painter the Impressionists loathed (the loathing was mutual.  Gerome was a vociferous critic of their work) he was extremely popular in his day if much less so in ours.  I personally find his paintings, in small doses, to be a lot of fun and I love, love, love this one.

If you happen to chance by, expect periodic reports about Nick, Julia and Miriam.  I suspect I’ll be following their progress for much of the coming year!